ON MARCH 6TH 2019
AT THE ZIEGFELD BALLROOM THE UNITED WAY OF NEW YORK CITY (UWNYC)
HELD THE 13TH ANNUAL POWER OF WOMEN TO MAKE A DIFFERENCE AWARD
LUNCHEON TO HONOR THREE EXCEPTIONAL WOMEN WHO DEMONSTRATE
LEADERSHIP TO RAISE FUNDS IN SUPPORT OF UNITED WAY OF NEW YORK
CITY.
THIS ANNUAL FUNDRAISER RAISED OVER A MILLION DOLLARS THANKS TO THE
GENEROSITY OF OVER 700+ ATTENDEES. OF NOTE, THIS YEAR’S “POWER OF
THE PURSE”, WHICH INCLUDED 10 HIGH-END BEAUTIFUL PURSES DONATED BY
LOUIS VUITTON TO BID ON AND RAISE MONEY FOR THIS WONDERFUL CAUSE.
WOMEN UNITED WAS FOUNDED IN 2002 BY PROFESSIONAL ACCOMPLISHED,
PHILANTHROPICALLY-MINDED WOMEN WHO BROUGHT TOGETHER THEIR
KNOWLEDGE, TALENTS, AND POWER TO MAKE A DIFFERENCE IN LOW INCOME
FAMILIES IN NYC.
WITH MORE THAN 70,000 WOMEN REPRESENTING 174 COMMUNITIES FROM
SIX COUNTRIES ACROSS THE GLOBE, THIS NETWORK WORKS TOGETHER TO
IDENTIFY SOLUTIONS FOR THE MOST CHALLENGED NEIGHBORHOODS.
THIS YEAR’S THREE HONOREES WERE:
ERICA IRISH BROWN, CHIEF DIVERSITY
OFFICER, GOLDMAN SACHS
TONYA T. ROBINSON, GENERAL COUNSEL KPMG LLP
AND GENA SMITH, SVP HUMAN RESOURCES AND HEAD OF GLOBAL
EXECUTIVE &amp; CREATIVE RECRUITMENT FOR LVMH MOET HENNESSY.

SHEENA WRIGHT, CEO OF THE UNITED WAY OF NEW YORK CITY,
​ PROVIDED A
GLIMPSE OF WHAT IT TAKES TO BE SELF-SUFFICIENT IN OF THE RICHEST
CITIES IN THE WORLD.
SHEENA KNOWS THE PROBLEM FIRST HAND AS THE CHILD OF A SINGLE
MOTHER WHO SUFFERED AND STRIVED TO FEED HER CHILDREN WITHOUT
EDUCATION OR RESOURCES.
MS. WRIGHT TOOK ACTION AND CONFRONTED THE ISSUES WITH THE HELP OF
OTHER WOMEN WHO WERE ALSO 100% AWARE OF THE SITUATION AND KNEW
THAT FINDING THE SOLUTION WAS NOT ALWAYS AS EASY. AS A RESULT,
MORE AND MORE WOMAN HAVE COME TOGETHER TO HELP AND GET
INVOLVED.
WHEN GOOD PEOPLE WORK IN AN ORGANIZATION OR GROUP, GOOD THINGS
HAPPEN. 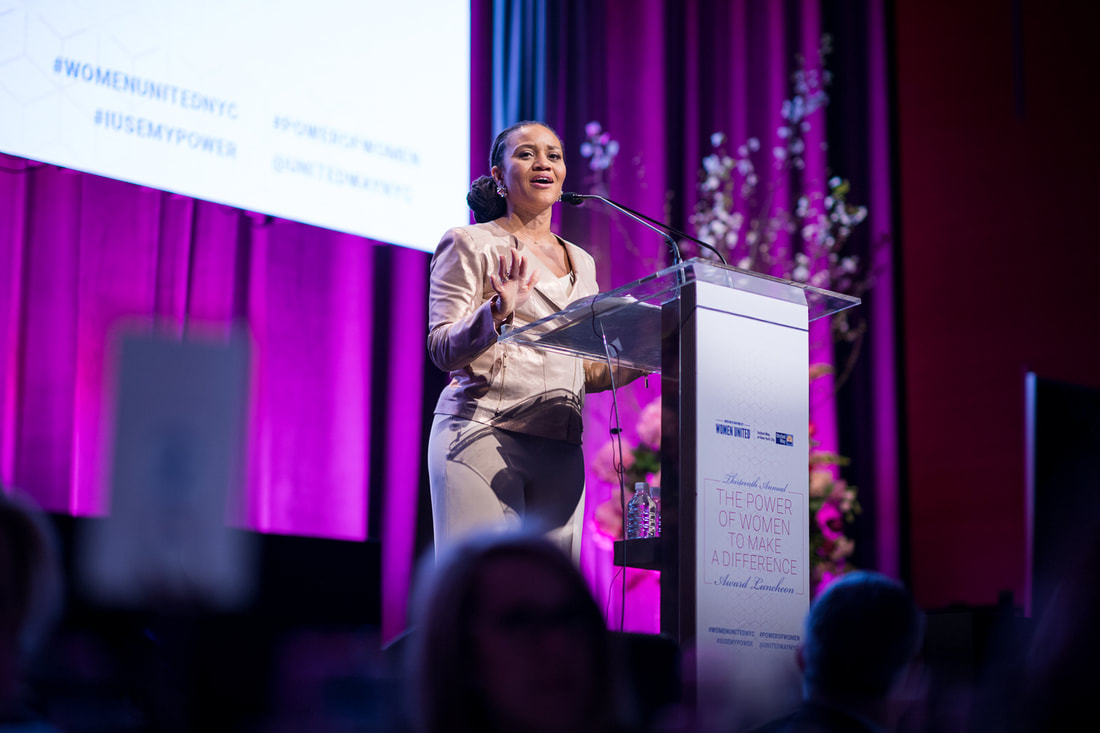 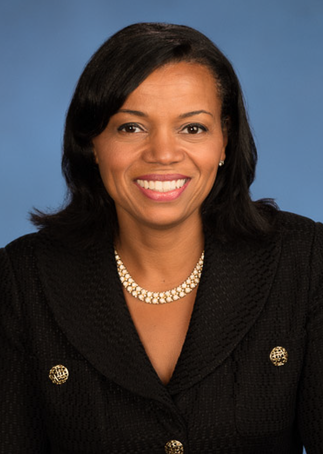 Erika Irish Brown
Chief Diversity Officer
Goldman Sachs
Erika is chief diversity officer, responsible for global diversity and inclusion strategy and driving inclusive culture initiatives and efforts related to the recruitment, retention and advancement of diverse professionals. She joined the firm as a managing director in 2018.
Prior to joining Goldman Sachs, Erika was global head of diversity and inclusion at Bloomberg from 2015 to 2018. Prior to this, she led diversity hiring efforts at Bank of America between 2009 and 2015 and Lehman Brothers between 2005 and 2008.
Erika’s background includes a range of banking and finance roles, including head of business development for Black Entertainment Television, senior associate in the high yield capital markets group at Morgan Stanley and senior policy analyst for domestic finance for the United States Department of the Treasury. She began her career as an analyst in the public finance department at Lehman Brothers.
Erika is a member of the Executive Leadership Council, vice chair of the Bedford Stuyvesant Restoration Corporation and serves on the Board of Advisors for Catalyst.
Erika earned a BS in Economics from the State University of New York at Albany and an MBA from Columbia Business School. 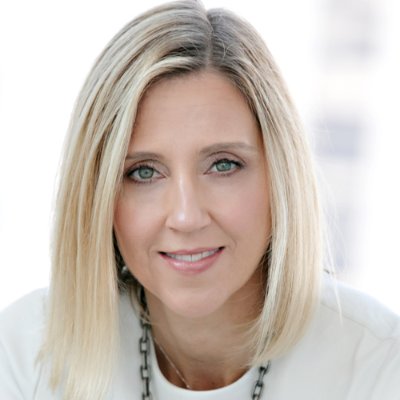 Gena Smith
SVP, Human Resources
Global Executive & Creative Recruitment
LVMH Moët Hennessy Louis Vuitton
Gena Smith is the Senior Vice President of Human Resources and Head of Global Executive & Creative Recruitment for LVMH Moët Hennessy Louis Vuitton. A highly experienced human resources executive, Gena ensures that LVMH is best in class at selecting, developing, and retaining senior executive and creative talent. During her tenure with LVMH she has helped to further develop talent at all levels of the organization, including through attracting accomplished senior-level executives, instituting learning and development programs to prepare executives to meet business needs, and promoting mobility for high performing executives across the LVMH brands. She led the first ever Diversity & Inclusion initiative for LVMH launching it across North America in 2012. She has also led the Group’s regional gender diversity initiative, EllesVMH which included the Regional CEO’s signing of the UN Women’s Empowerment Principles.
Prior to joining LVMH in September 2011, Gena was Global Managing Director at Karen Harvey Consulting, where she led the luxury & retail executive recruitment practice worldwide. She previously spent 10 years as an executive search consultant at Russell Reynolds Associates and Ray & Berndtson, working with many leading retail, luxury and consumer brands. Her earlier experience included several years in International Education.
Gena holds a Bachelor’s degree in International Business. She also studied French, Greek and Mandarin.
She currently resides in New York City with her husband Carlton Smith and two children, Madeline and Gage. 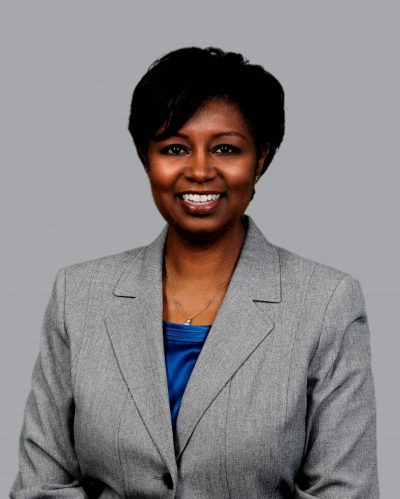 Tonya T. Robinson
General Counsel
KPMG LLP
Tonya Robinson joined KPMG LLP as its General Counsel in 2017. Previously, Tonya served as the Acting General Counsel at the U.S. Department of Housing and Urban Development (HUD), working as legal advisor to the Secretary and as principal-in-charge of nearly 600 professionals in HUD’s Headquarters, 10 Regional Offices, and 40 Field Offices. Prior, Tonya served as HUD’s Principal Deputy General Counsel and, earlier, as Special Assistant to the President for Justice and Regulatory Policy in the White House. She also convened President Obama’s National Equal Pay Task Force; co-chaired an interagency working group charged with addressing employment opportunities for previously incarcerated individuals; co-chaired an interagency roundtable focused on leveraging civil legal services to promote access to housing, education, employment, healthcare, and other outcomes; and co-convened the White House Interagency Policy Committee on Human Trafficking.
Before her service at the White House, Tonya was a partner at the international law firm WilmerHale LLP, where her portfolio included a mix of complex commercial litigation, Congressional investigations, and discrete civil rights matters. Indeed, as a young associate, Tonya worked on the groundbreaking University of Michigan affirmative action cases, Grutter v. Bollinger and Gratz v. Bollinger. Tonya left Wilmer for a few years in 2001 to work as counsel to then-Senator Joseph R. Biden, Jr. on the U.S. Senate Judiciary Subcommittee on Crime and Drugs – her fourth stint on Capitol Hill – and returned to the firm in 2004.
Tonya received her B.A. in Public Policy Studies and a Certificate in Women’s Studies from Duke University. She earned a post-graduate degree in African Studies from the University of Cape Town in South Africa, as a Rotary International Ambassadorial Scholar, and her J.D. from Harvard Law School. Upon graduation from Harvard, Tonya served as a judicial clerk for the Honorable Francis D. Murnaghan, Jr. on the U.S. Court of Appeals for the Fourth Circuit.