MASSIVE PHOTOGRAPH IN GRAND CENTRAL!!!
FROM  OCTOBER 16th to 20th 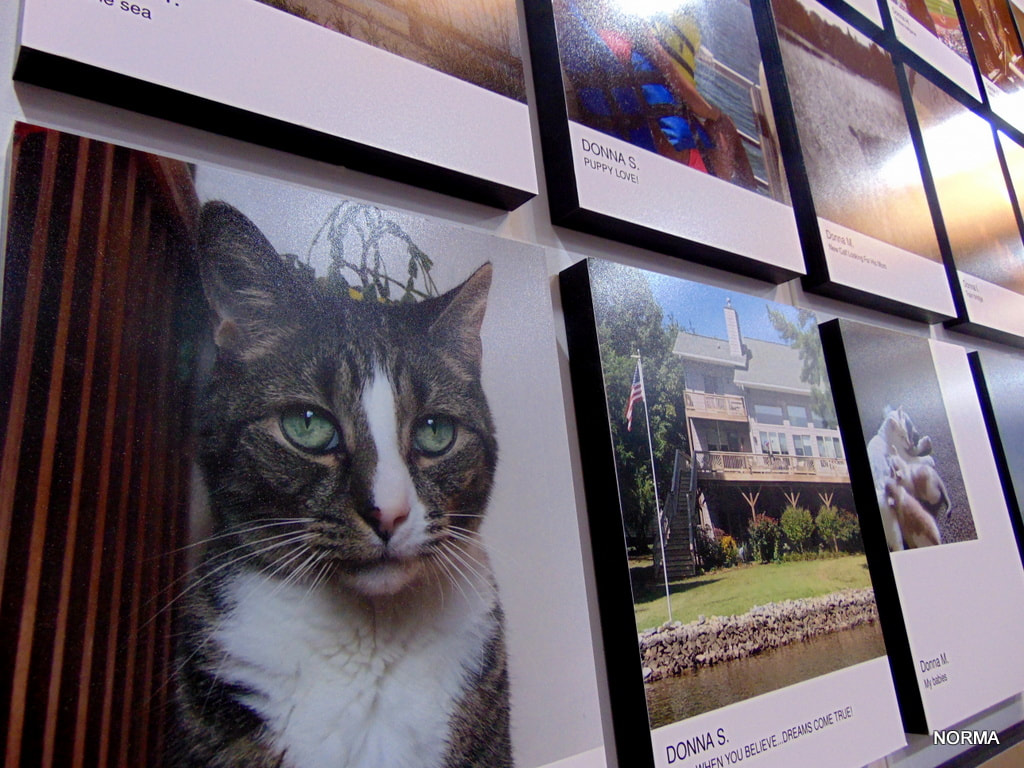 In divided times, images have the power to unite us.
13,000+ Images from across America will take over Grand Central's Vanderbilt Hall
from October 16-20th for the Fujifilm Print Life Exhibit
Massive 13,000 image photo exhibit in
Grand Central October 16
​
AS AMERICANS AND AS HUMANS
WE ARE LIVING DIFFICULT TIMES THAT
PERHAPS NOBODY EVER IMAGINE
WE COULD HAVE AND THOSE CHANGES
ARE DIVIDING US AND ARE GIVING US A SAD
GLIMPSE HOW HATE CAN BE AMONG US
HOWEVER,
THIS BEAUTIFUL EXHIBIT IS HERE IN A
VERY HUMBLE WAY TO REMIND US WE ARE
JUST HUMANS TOGETHER IN THIS LONELY
PLANET AND WE HAVE TO BE STRONG
AND TOGETHER EMBRACING TO EACH
OTHER AND RECONNECT WITH EACH OTHER AND WITH ANIMALS...AND
MORE IMPORTANT RECONNECT
WITH OUR HOME...
IS OUR PLANET
Norma Schwartzberg
images below by  Norma  Schwartzberg

Valhalla, New York., EMBARGOED UNTIL 9 a.m. October 14, 2019 – FUJIFILM North
America Corporation will host its second annual Fujifilm Printlife Photo Exhibit in Vanderbilt
Hall inside of New York City’s landmark Grand Central Terminal from October 16-20. The
Exhibit features a collection of over 13,600 photographs submitted during a nationwide call for
entries this summer. Consumers representing all 50 U.S. states, Washington D.C., and Puerto
Rico submitted their treasured memories, favorite images, and snapshots that they felt were
worthy of public display.
With billions of photos captured and shared daily, we all have more images of our lives than any
previous generation. The irony is that most of those images are forever locked away on mobile
devices and shared only with our personal networks, if at all. The Fujifilm Printlife Exhibit aims to
free those images from our pockets and share them with the world. Instead of scrolling through
a sea of images in a social feed, the over 750,000 daily visitors of Grand Central Terminal will
stroll through this large landmark space, taking in the sum of collective visions of thousands of
strangers. It’s amazing how similar those visions can be.
“The power of photography is that it can be a bridge to learn about the photographer behind the
image. When viewing an image-maker’s creation, we learn what is important to them,” said
Tetsuya Iwasaki, President &amp; CEO of FUJIFILM North America Corporation and President of
FUJIFILM Holdings America Corporation. “What’s remarkable about the Printlife Exhibit is that
no matter the photographer’s age, background, geography or politics, we all value the same
things and seek to preserve the same experiences through photography.”
A special section of the Exhibit will be dedicated to showcasing images from 100cameras, a
nonprofit organization that works globally with children who have had challenging experiences.
The organization teaches them to process and tell their stories through photography in a way
that impacts how they view themselves and their role in their communities.
Fujifilm is donating 200 FUJIFILM FinePix XP130 cameras to the organization to outfit these
young photographers as they document their stories. “We’re thrilled by Fujifilm’s support for our
mission,” said Angela Popplewell, 100cameras co-founder and CEO. “This exhibit is a perfect
showcase for our partnership and shared goals of uniting people through the power of images.”
Prints of 100cameras images are sold online, and 100% of proceeds are returned back into the
children’s communities to fund medical, educational and basic supplies. View their images and
support100cameras at http://100cameras.org.